BOSTON, MA -- As the 2018-19 season starts to wind down and everyone is in playoff mode, on the officiating side we are already making plans for the 2019-20 summer camps and seminars by planning out the recruiting calendar. We are looking to make it easy for officials looking to get into officiating by giving them more options on the weekends and weeknights.

As of June 1, 2019, USA Hockey has made a major change in the way officials can get certified during the summer months instead of in-season as has been done in years past.

With the early start date, the more experienced officials have greater opportunities for summer camps and certifications. One of the big initiatives from the Eastern Officiating Collaborative is the ability to have Level III and Level IV officials have all the training done before the start of the season. We have also tied the seminars into the NCAA certification as well.

There are several sites that are listed below that will be combined for new officials looking to advance into the junior and college ranks. These minicamps will allow us to identify and place officials for the 2019 – 20 season. These camps are free of charge, the only requirement is that you are registered for the 2019 – 20 USA Hockey season.

With the explosion of women's hockey in the New England area we have also added a woman's officiating experience to be held at the Newman Sports Center July 18 – 21. Any level 1-2-3-4 women’s official looking to advance, should plan on attending this event. It is free and will include games and housing, so we ask to please register for this event early as we do expect it to fill up fast.

On another front, If you are official who is looking to advance, summer tournaments are a good place to start.

These tournaments are scouted just like players would be. Players are evaluated for a position with a team, officials are often being evaluated as well; this is where the supervisor will determine where your entrance point will be for the start of the next season. Not just what level but at what position, Referee or Linesman.

One of the problems officials have, is most do not know who to contact within their region outside of the local assignor, who assigns, for the most part, youth hockey at the town and recreational level.

USA Hockey has listings of the District Supervisors and Assignors and what levels they assign on the USA Hockey District Affiliate Websites to help steer you in the right direction to be evaluated or the assignor who can help you advance.  For example you can go to The Massachusetts Ice Hockey Officials Website and locate assignors in your area at massofficials.com.

The earlier you reach out to them the better chance you have of getting evaluated on things you need to work on skating, mechanics or penalty enforcement, you will have time to adjust and get a second look at before the season starts.

We are looking for officials who are “coachable” says Alfonso Botchagaloupe long time supervisor in the east, “these events help us find out who is willing to listen and adjust to make it to the next level” says Alfonso.

Mike Schubert who assigns youth through D1 ACHA Hockey in Philadelphia agrees and points out that many officials who work through the off-season are better for it. There is so much hockey during the winter it gets harder to see the same official more than 1-2 during the season especially at the lower levels.

We know the new officials are a little nervous when the come to the games and trying to make it to the next level, all we are looking for when we talk to the officials about skating or positioning they make the adjustment.  If we get to see the official early enough in the summer and think they have potential we invite them back for more tournaments and for more coaching.

“We have been very successful in the region” says Schubert. “We have more officials working locally at the junior and college level in the last five years, the success of identifying officials during the summer has really paved the way officials to advance with a jump start before the season begins.

The ultimate goal is to make hockey a better experience for all and at the same time advance those with the time, effort, and passion to make it to the higher levels.

Below is the information that can help pave the way for advancement. There are several tournaments in the New England and Atlantic Districts.

Please reach out to Referees Crease, we are starting the summer tournament assignments for July and August if you are interested in advancing or just getting better.

For those officials looking to advance looking or additional training feel free to reach out to me. There is no charge for the training. Just commitment to getting better!

For those officials who are currently USA Registered or Members of National Ice Hockey Officials (NIHOA) Association who are interested in advancing to the junior and collegiate levels, we have several midget and junior tournaments throughout the season that will include secondary training on player safety, game management, and on ice mechanics for all officiating systems.

After successful completion of the classes you will added to the staffs at the junior level to The United States Premier Hockey League and The Eastern Hockey League, which are the training leagues for Atlantic Hockey League, College Hockey America a Division 1 Women’s League The North East 10 and at the Division 3 The Commonwealth Conference and the Massachusetts College Athletic Conference. 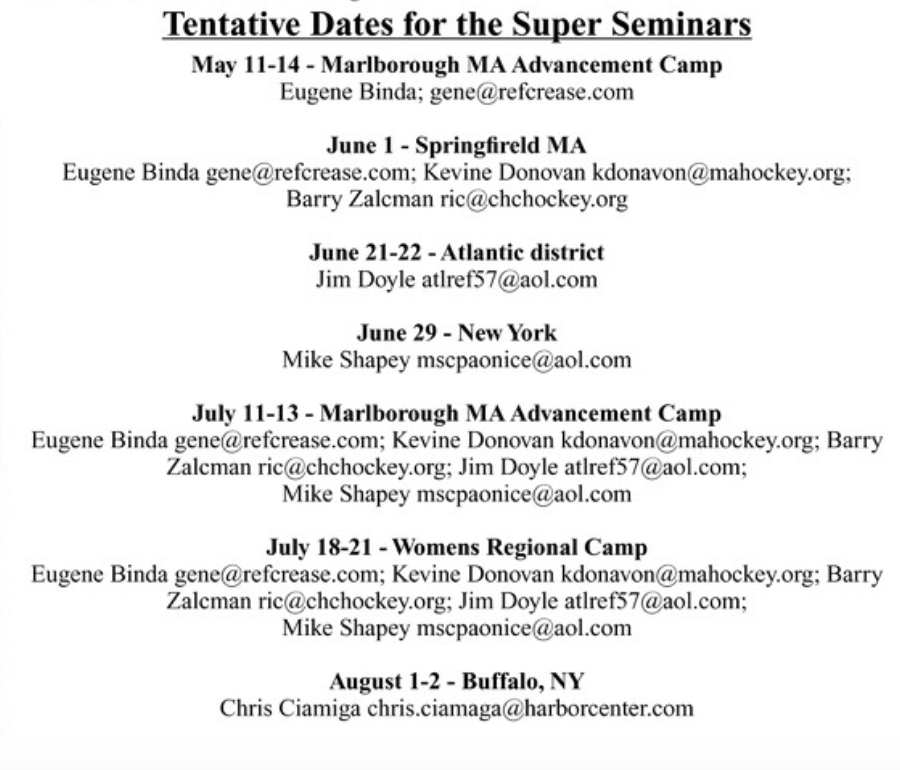 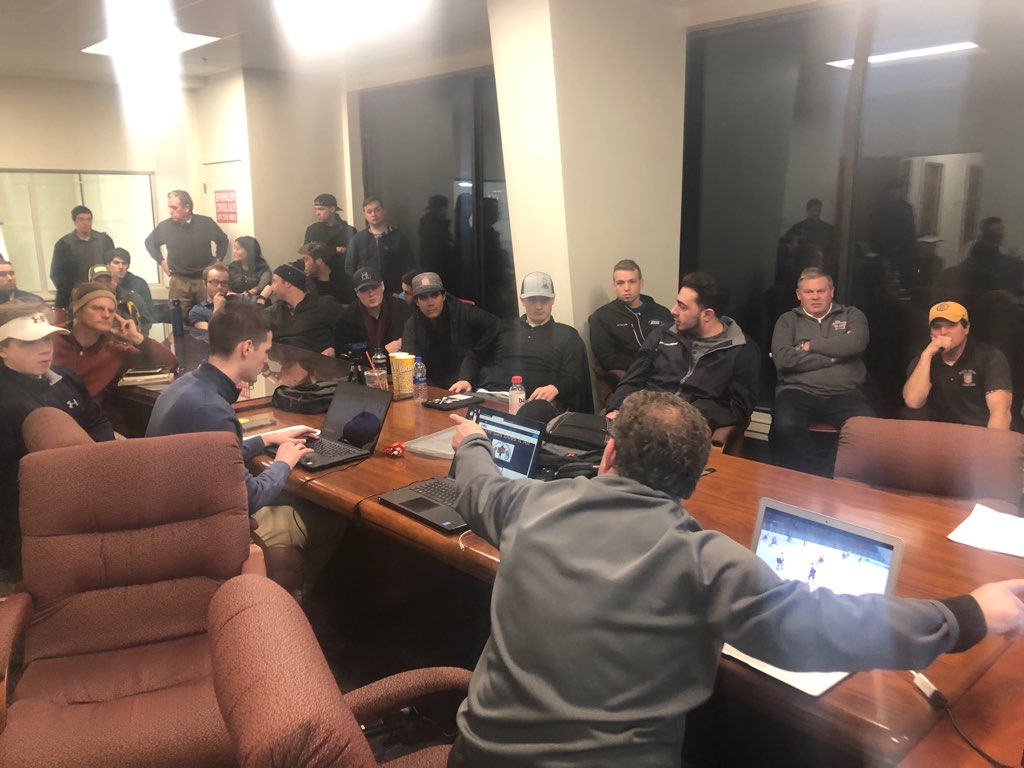 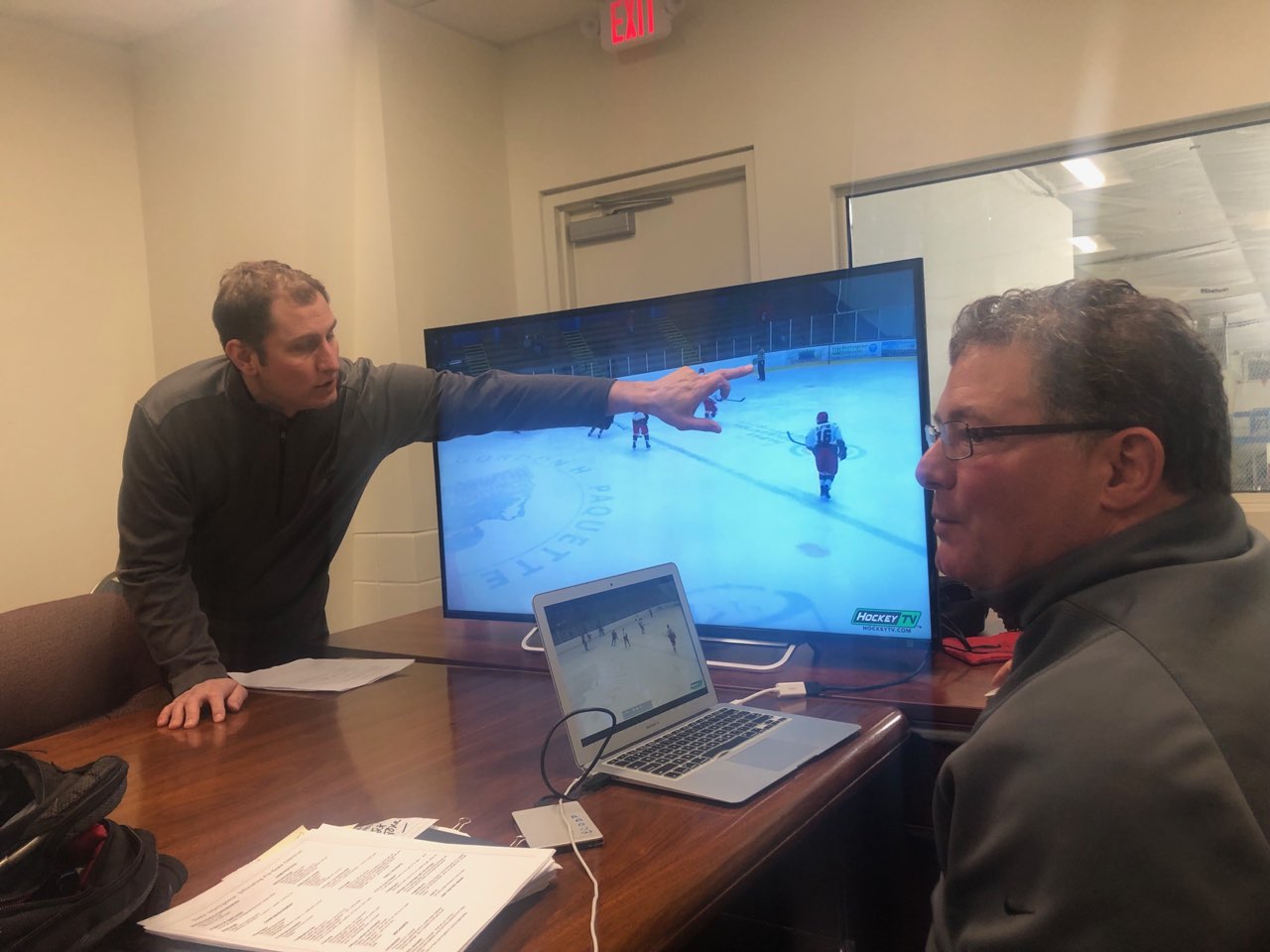