EHL Only Getting Stronger in Season #6

BOSTON, MA – From year to year, the junior hockey landscape changes throughout the country. Whether it’s the re-shuffling of teams, coaches, or players, there is always some sort of movement or rearrangement that takes place during each offseason. For the Eastern Hockey League (EHL), these changes have given us a chance to continue to get stronger. Out with the old and in with the new; the saying holds true for the #Eshow. The EHL is only getting stronger in season #6.

“I’ve been with the league since its inception back in 2013, and I am very happy with where we stand today,” said Mark Kumpel, the EHL’s Director of Hockey Operations. “We strive for parity and consistency across the board, and this is proven through our percentage of close games. Last year at this time, around 29 percent of our games were decided by just a single goal. Where is that percentage so far this year? 29 percent. Our players are learning every day what it takes to compete when the pressure is on.”

This season, the EHL features 19 teams stretching from North Carolina to New Hampshire. Of the class of new teams, one organization has come flying out of the gates.

The New Jersey 87s are in their second season operating a junior hockey franchise, as last year they had just one team in the Eastern Hockey League Premier (EHLP). This season they have teams at both levels, and at the end of October, they were both in 1st place.

“Having that year under our belts meant a lot to us coming into this year,” said 87s head coach and general manager Adam Houli. “As a staff, it has helped us keep a good pulse on our team this year, after having gone through it last year. What I mean by that, is we now know when practices need to be harder, and when practices need to be lighter. Tack on our off-ice regiment, and when we need to try and build some muscle or just put our guys through a good deep stretch. Last year gave us a good awareness of all those aspects, and now this season we have the chance to fine-tune everything. I also think understanding the challenges of being on the road last year gave us a good experience going into this year, and now we feel very comfortable whenever we have to be away from home for a few games.”

New Jersey is the only new organization with prior experience in junior hockey, and it has truly helped benefit them. As for the rest of the new teams, they are all embracing the challenges that they’ve faced so far, and know that they will have to do a lot of learning on the fly. The other new organizations are the Connecticut Chiefs, Lehigh Valley Junior Rebels, North Carolina Golden Bears, and Team Maryland.

These franchises don’t have to look too far to find support, as the core of the league is centered around its coaches. This group of leaders wants what is best for the players, as ultimately their success is what drives the league. Working together, the EHL’s coaches focus in on making the entire league stronger, and not just their own teams.

“Our coaches have their own culture,” said Kumpel. “They are constantly communicating with each other, as well as pushing each to be the best. I am proud of the way our group works together in all the different situations that may come up over the course of the season. Ultimately our goal is to get everyone one of our players off to college, and it’s incredible to watch the support our guys have for each other in this department. I hear all the time from college coaches who call up one of our guys to ask about a player on a different team. Rather than trying to steer the college coaches back towards their own team, our guys provide great feedback to the scouts.”

The two key words that stand out are ‘work together.’ The coaches of the EHL all want their programs to succeed first and foremost, but they also want the players to do the same. At the end of the day, our guys are committed to helping each player find the spot that best suits them, whether that is on their team or a different team.

“Our commitment number is the grand total for us as a league,” said Wizards head coach and general manager Freddy Meyer. “Of course when I am recruiting, I spend a lot of time talking about the growing success the Wizards are having in terms of commitments, but it always cycles back to the league as a whole. We are nearing in on 900 commitments, and that speaks volumes for how far the EHL has come in the past 5-plus years. This is the 5thseason for the Wizards, as we joined the league after its inaugural season. Through the support of my fellow coaches, and us pushing each other, our program has made a step forward in each and every season.”

Looking ahead, the EHL has already crossed off a pair of major events during the 2018-19 season. We’ll start with the first showcase of the season, where the scout attendance was phenomenal at Rodman Arena. It also helps when you have players finalizing their NCAA Commitments just minutes after they get off the ice. With the level of play improving in each and every season, the recruiting battle over EHL players has been fun to watch, as the options are not limited for our players.

Another event that is already checked off and completed is the 2018 EHL All-Star Weekend, as the league went up against Plymouth State and UMass Boston. Be sure to turn to the EHL’s centerfold in the USA Junior Hockey Magazine, as we break down the pair of exhibition matchups. Team EHL represented the league with tremendous class again this season, and this year’s group of young men made a loud statement for the #Eshow as a whole.

Coming up we still have three showcases left on the schedule, and then of course we’ll tie a bow on the year at the EHL Frozen Finals in Providence, RI. There are no days off during the season in the EHL, as our players are the focus from the beginning of September through the end of March.

Whether it’s college hockey or staying under the USA Hockey umbrella, the EHL provides all of its players with the resources to improve their game and reach the next steps in their respective journeys.

Back and rolling into the 3rd month of the season, the EHL is only getting stronger in season #6. 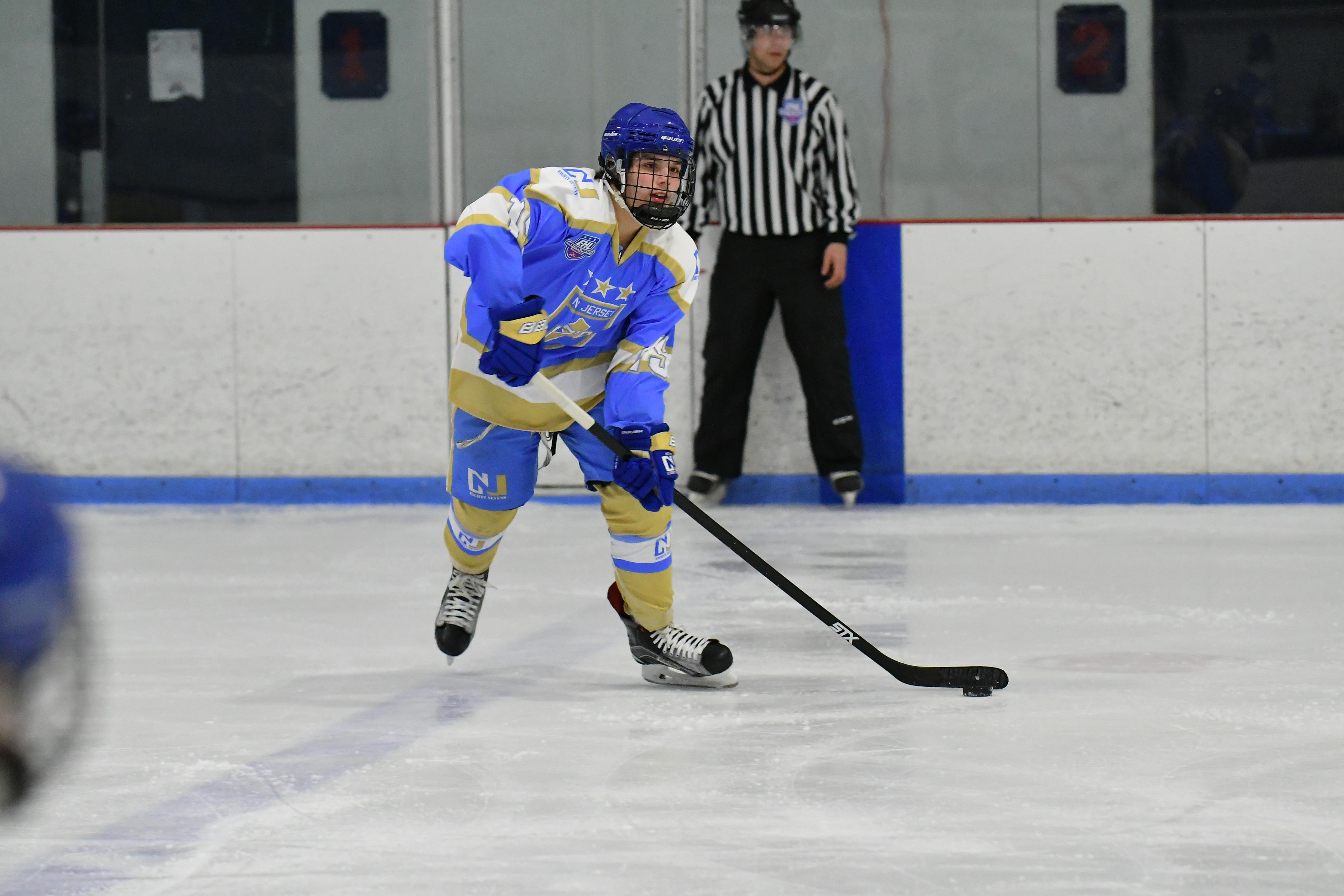 Trevor Cear is playing big minutes for the EHL team in NJ this season, after spending the 2017-18 year with the organization's EHLP team. The ‘99 defenseman is a prime example of the league’s internal ladder of development. (Photo - Snapshot Photography) 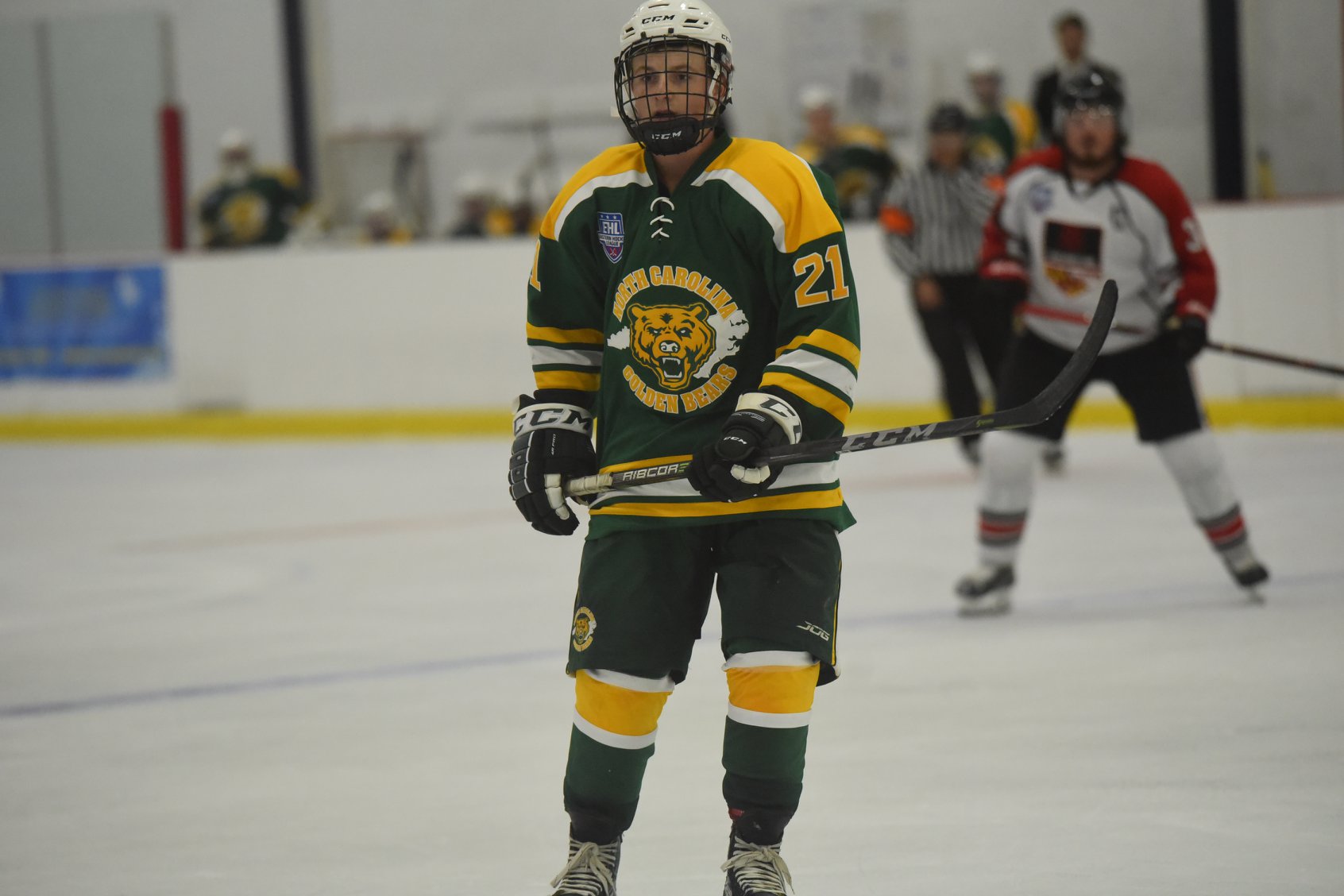 Devin Phillips is tearing it up in his first season in the EHL. Playing in 9 total games over the first 2 months of the year, the 2001-born forward tallied 23 total points to his name. (Photo - Photos by Lex) 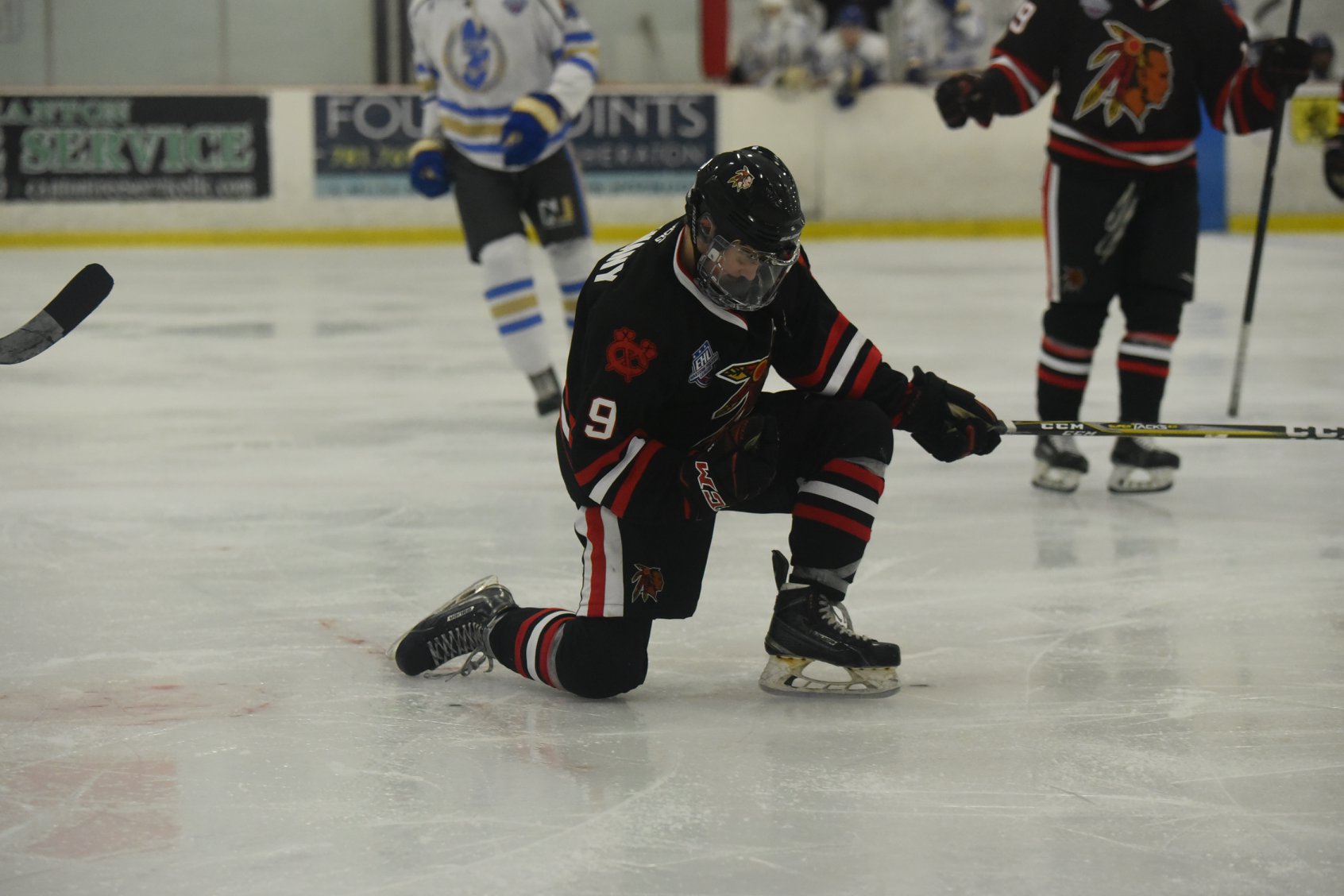 Kyle McEnany is a forward to keep an eye on this season, as he appears to be the go-to guy for the Connecticut Chiefs in their first season operating a junior hockey franchise. (Photo - Photos by Lex) 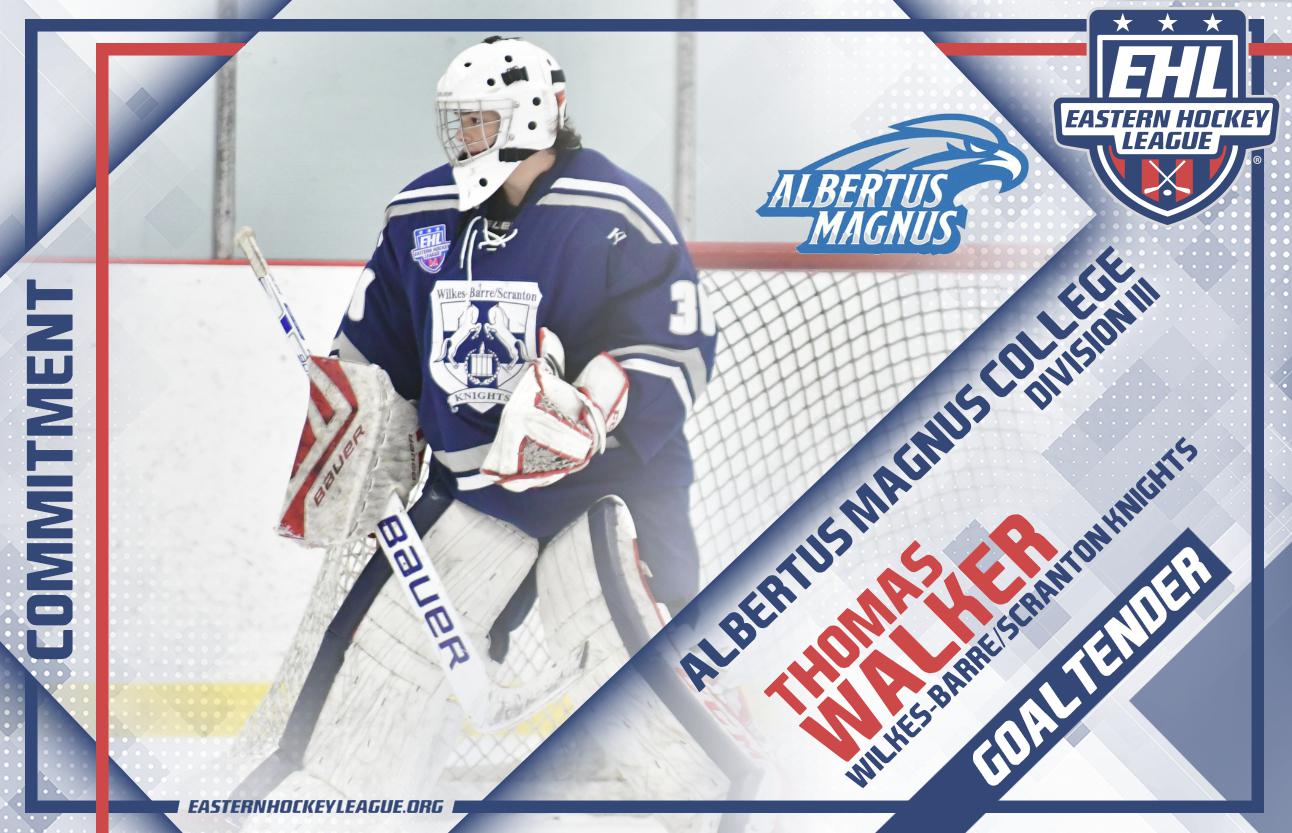 When it comes to coaches working together to help a player, there is no better example than Thomas Walker. The Knights’ goaltender will be heading to Albertus Magnus next Fall with the help of multiple coaches in the EHL. (Photo - Snapshot Photography) 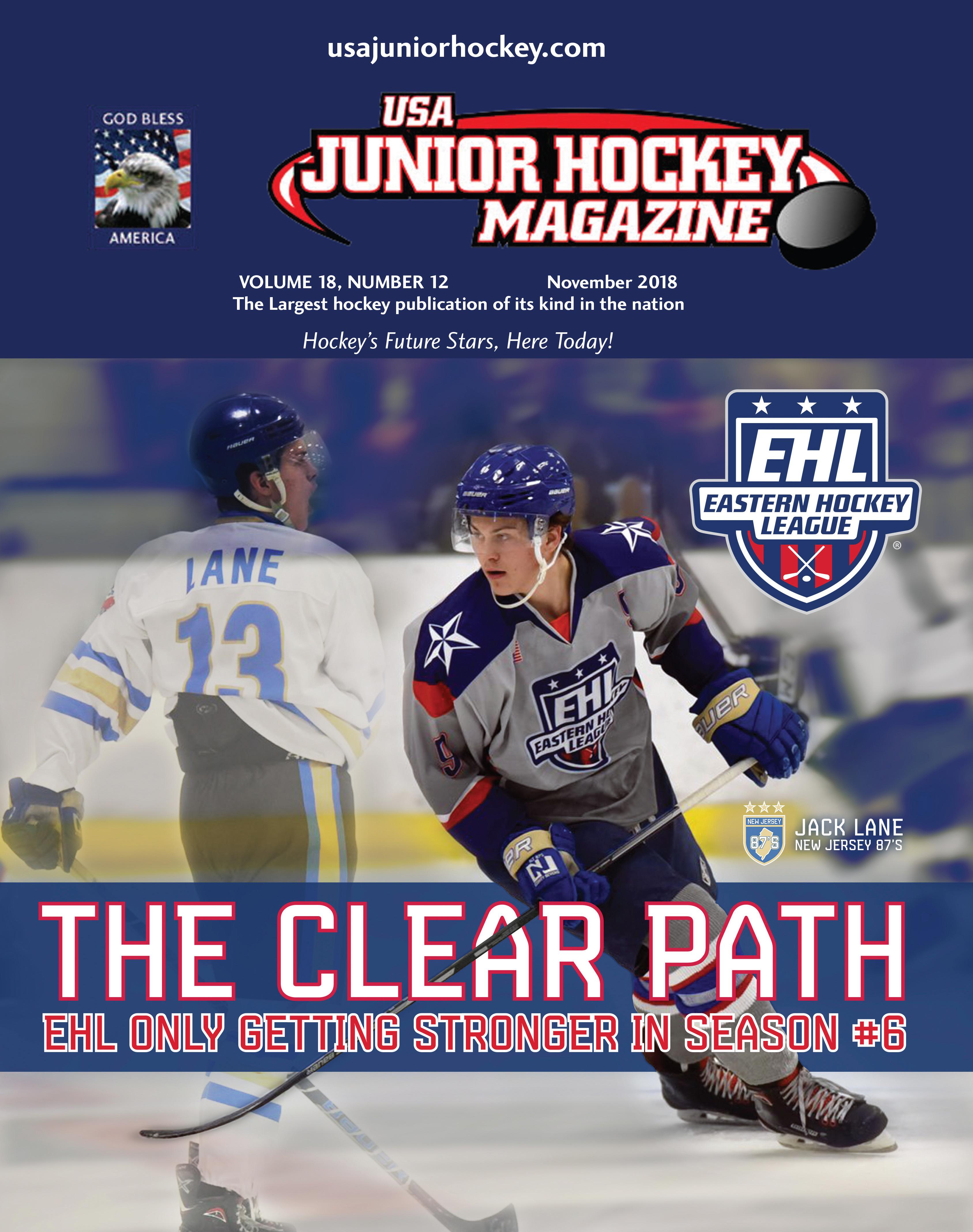