LEWISTON, ME -- Caleb Labrie seems to have won the battle against time.

He seems to have every moment figured out now, as he not only put up 77 points in 51 games for the first-year Lewiston/Auburn Nordiques, but he also sold houses and kept up his grades in college courses.

“After going to school and chipping away at classes, playing juniors and working [in real estate] full-time, I know all about time management,” said Labrie. “I know I can handle it.”

Labrie brings this straight “A” in time management to Becker College, located in Worcester, Mass., and which has a NCAA Division 3 team. He plans to continue to work as much as possible for Maine’s Fontaine Family Real Estate even while studying and playing hockey at Becker next year.

“Fontaine Family is one of the leaders in Maine for transactions and per-year property sales. I got really lucky and I got in with a great company,” said Labrie. “They are really understanding and supportive of my decision to go to school and play hockey.”

“He was taking time to decide if he’d go to Becker or stay in Lewiston, where he does pretty well with real estate,” added Nordiques head coach Cameron Robichaud. “At the end of the day, he decided to pursue a business degree, which will only help him with his future in real estate.”

A homegrown captain (from Greene, Maine), he pretty much led the Nordiques wire to wire through the season, offensively.

“He was a powerful goal-scorer for us, offensively he was a guy we leaned on quite a bit,” said Robichaud. “He possesses an accurate, hard shot. If he snaps a shot off, it has a chance of going in from anywhere once he gets inside the blue line.”

Labrie is extremely grateful to Robichaud and his coaches   fordeveloping him into a NCAA Division 3 player.

“It was a fun way to end my junior career. I played with a great group of guys who were mostly together for two years,” said Labrie, who played in Lewiston/Auburn a year earlier as part of the L/A Fighting Spirit. “It was a closeknit family and we made a great run in our first year as the Nordiques.”

Goals obviously help teams, so Labrie will do his best to keep up the offensive flow with Becker. However, he also wants to be more of a two-way player.

“I want to get my cardio, endurance and speed up,” Labrie said. “Scoring goals is fun, but in college hockey, you have to be able to play in all situations.”

And if anyone can balance multiple situations, it’s Caleb Labrie. 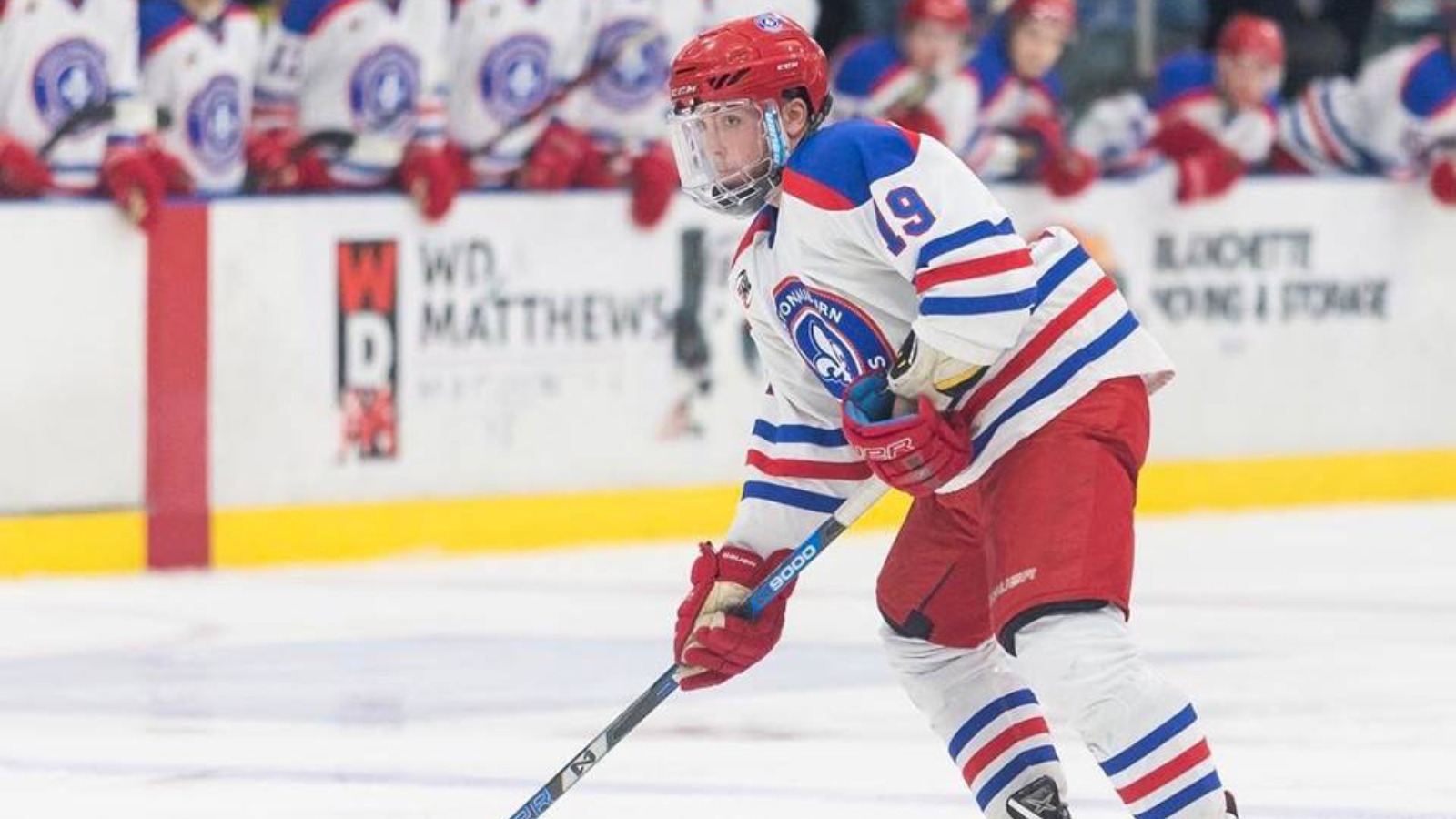