BEDFORD, MA -- The season is well over for the inaugural season of the Eastern Women’s Hockey Conference, and the East Coast Wizards were honored to be part of the historic season. 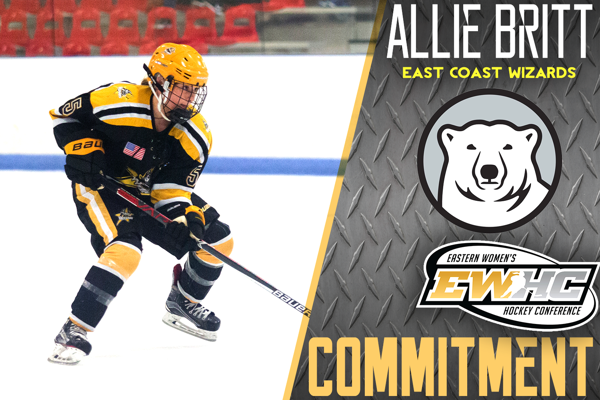 Although the Wizards didn’t have the most success in the win-loss standings, the true currency of the junior hockey game is player development, growth and advancement.

Kennedy, who announced his retirement following the season, liked the ability to play some of the top Canadian teams such as Ontario Hockey Academy [OHA] and showcase opponent Stanstead College, in addition to the top NEWJHL teams that made the move with the Wizards, including the Northern Cyclones and Walpole Express.

He also said that, even with the addition of the Canadian teams, there was less travel involved than the NEWJHL.

“We traveled up to OHA once and they came here twice. We went once to OHA for a showcase, we had a showcase in New Hampshire and we held a showcase here in Bedford [Mass.],” added Kennedy.

The increased talent level of the competition also led to more attention from the NCAA Division 1 and 3 college scouts.

“More coaches showed up this year,” said Kennedy. “The whole idea of this is sending the players to school, and the past four years that [the Wizards] have operated as a junior team, we’ve been very successful in terms of placement in school.”

The Wizards team of 2017-18 was young, Kennedy added, but its senior leader and captain Allie Britt did make her college commitment. She will head on to Bowdoin College in the fall.

The Wizards also had one player on its EWHC team that did double duty with the U19 half-season team that won the USA Hockey National Championship at the Tier-2 19U level.

Lauren Reenstierna, a ’00 from Lincoln, Mass., played in 24 EWHC games. On April 9, with the U19 team, she helped the Wizards defeat the San Jose Jr. Sharks, 3-1, for the national crown. Reenstierna scored one goal in six games at Nationals.

Along with his years of helping to run the Wizards program, Kennedy is well-known as an institution in women’s hockey in New England. He was the girls hockey coach for 15 years at Cushing Academy, sending 66 young women off to the college game from there, including six U.S. National Team members. He coached at Milton Academy prior to Cushing, and also was the power skating coach for the U.S. Women’s National Team, along with a Select camps instructor, and a USWNT scout and evaluator.

Kiki Doucette, of Bridgewater, Mass., has committed to Franklin Pierce University in Rindge, N.H., for the 2018-19 season.

Express head coach Danielle Doherty said coaching Kiki the past two seasons was such a pleasure.

“Not only was she outstanding for us on the blue line, she brought so much positive attitude to the team. Kiki never stops smiling." Doherty said. "This past season, Kiki really took her game to the next level. On top of being so solid defensively, Kiki’s speed and skill made her such a threat offensively as well. Kiki put up 13 points (six goals, seven assists) which made her the second leading scorer for defensemen.”

Doucette, added Doherty, is the player that you always want on the ice because she rarely ever makes mistakes and she will give your team lots of offensive opportunities.

Doucette is thrilled to begin her collegiate career next season.

"I am really excited to go to Franklin Pierce! I’d like to thank Coach Danielle for helping me develop as a player these past years, and Todd Stirling for always taking time to work with me or just talk to me,” added Doucette. “I’m ready to see what the future has in store, but I couldn’t have done it without my coaches.”