Many Doors Lead To The National Collegiate Development Conference

MARLBORO, MA -- If players skating at the USPHL Spring Showcase feel like they’re under quite a bit of pressure, that’s a good thing.

After all, the coaches of the 11 National Collegiate Development Conference teams will all be watching every player – not just those on the teams they bring – to see how they react when the puck is on the ice in competition. After all, these NCDC teams are looking for the players who will form a foundation for their 2018-19 teams, as they pursue their goals of player advancement to the NCAA and the Dineen Cup playoff championship.

The 2018 USPHL Spring Showcase will be held May 11-13 at the New England Sports Center in Marlboro, Mass.

NCDC teams are fielding multiple squads, as they look to narrow down their rostered player choices, especially with the NCDC Draft just a few days later, on March 16.

“You can have tryout camps, which are great, but the Showcase helps us to evaluate players in game situations. It is one piece of the process to solidify roster spots,” said Northern Cyclones head coach Bill Flanagan. “You can do a lot of cone drills, but with the showcase, it is important for our staff to see how the kids react to certain situations.”

The New Jersey Hitmen are extremely proactive in their planning for the Spring Showcase.

“With the advent of the NCDC and tuition-free hockey, we recruit year-round, watching players and building lists for future drafts and possible free agents,” said Hitmen head coach Toby Harris. “In November, we begin to mail out invitations to players of high interest for the USPHL Spring Showcase. We use this tournament to get one final, in-depth look at these 40 players prior to the NCDC main draft on May 16.”

Some teams, such as the South Shore Kings and Syracuse Jr. Stars, hold mini-camps immediately prior to the USPHL Spring Showcase.

“The Stars hold a Pre-Draft camp for two days prior to the showcase,” said Nicole Kirnan Kelly, general manager for Syracuse. “We utilize this to work with the players and evaluate how players react in a practice setting and training habits. [The Stars] utilize the Spring Showcase to evaluate players for next year’s roster. We also make final decisions on tender offers and draft prospects.”

There is no single right or wrong way to build a team, and different NCDC teams attack the building of their next year’s squad in different ways.

“We do not do a Pre-Draft tryout,” said the Hitmen’s Harris. “We use the Spring Showcase as our ‘Pre-Draft camp,’ as we stand behind the USPHL Showcase competition as the best measuring stick prior to our draft, to see who fits best into our style of play.”

The NCDC Draft, on May 16, will consist of 12 rounds. Players selected in the NCDC Draft will then be able to attend the Main Camp of the team that drafted them, in hopes of landing a roster spot for 2017-18. Many of the main camps will also welcome non-drafted players who reach out to NCDC teams. Just as with the Hitmen, the New Jersey Rockets do quite a bit of homework before the Showcase and Draft.

“We have an identifier camp in April. This is where players can be evaluated by our staff to see who can play at the NCDC level,” said Jason Kilcoyne, the new head coach of the Rockets’ NCDC team.

“The Draft is very important to us this year because we are completely rebuilding our team and our culture from last season,” Kilcoyne added. “We are also building for the future in the draft. We value the draft, the tender process and free agency all the same, because in the end we are going to be taking the best 23 players we can find.”

“The NCDC Draft is an important part of building a team,” added the Stars’ Kelly. “It is a good way to add to returning players, future prospects, and tenders to formulate the team.”

Some NCDC teams will announce tenders between the Showcase and the Draft, and some teams have already begun announcing their tenders.

“Of our eight, we still have a couple available,” said the Cyclones’ Flanagan. “Within those tenders, we are banking on these players to be part of our hockey team as long as they do their work in the off-season.

“My staff does their homework and puts in the hours and research to make sure the guys we are going to draft will fit into our system,” added Flanagan. “[Cyclones Director of Recruiting/NCDC Assistant Coach] Frank O’Connor will be drafting the right kids – good hockey players and good people.”

“The NCDC Draft is just one piece of the puzzle in building a championship-caliber team,” added Harris, of the New Jersey Hitmen. “Proper utilization of tenders, scouring the free agent market and league showcases are also major avenues that the Hitmen use in building our NCDC team.”

Even after the Showcase and Draft pass, you can still expect to see NCDC teams out finding players – if not for their 2018-19 team, then for beyond. After all, NCDC teams selected 67 players in the Jan. 31 Futures Draft.

Futures Draft selections were born between 2002 and 2003, and are meant for players expected to play in the league beyond 2019. The Futures Draft gives each team prospects that no other NCDC team can sign to a tender over the next year.

There are many ways to earn the right to play for a NCDC team, but a lot of decisions will be made in mid-May that both teams and players expect will help them reach all of their common goals. 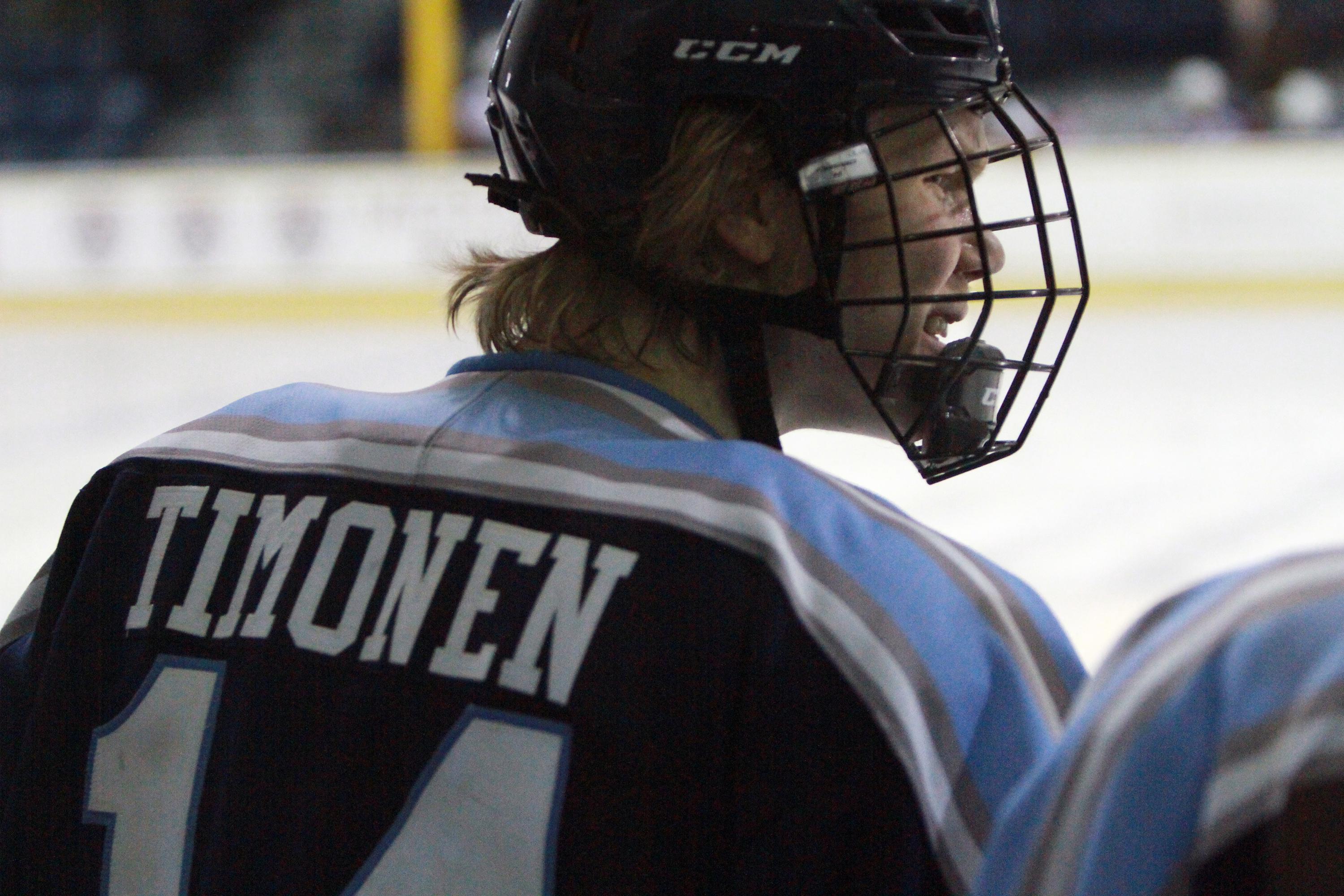 Samuel Timonen, a '99 forward and son of former NHLer Kimmo Timonen, played 46 games for the New Jersey Hitmen this season after being drafted in 2017. Photo by Joshua Boyd 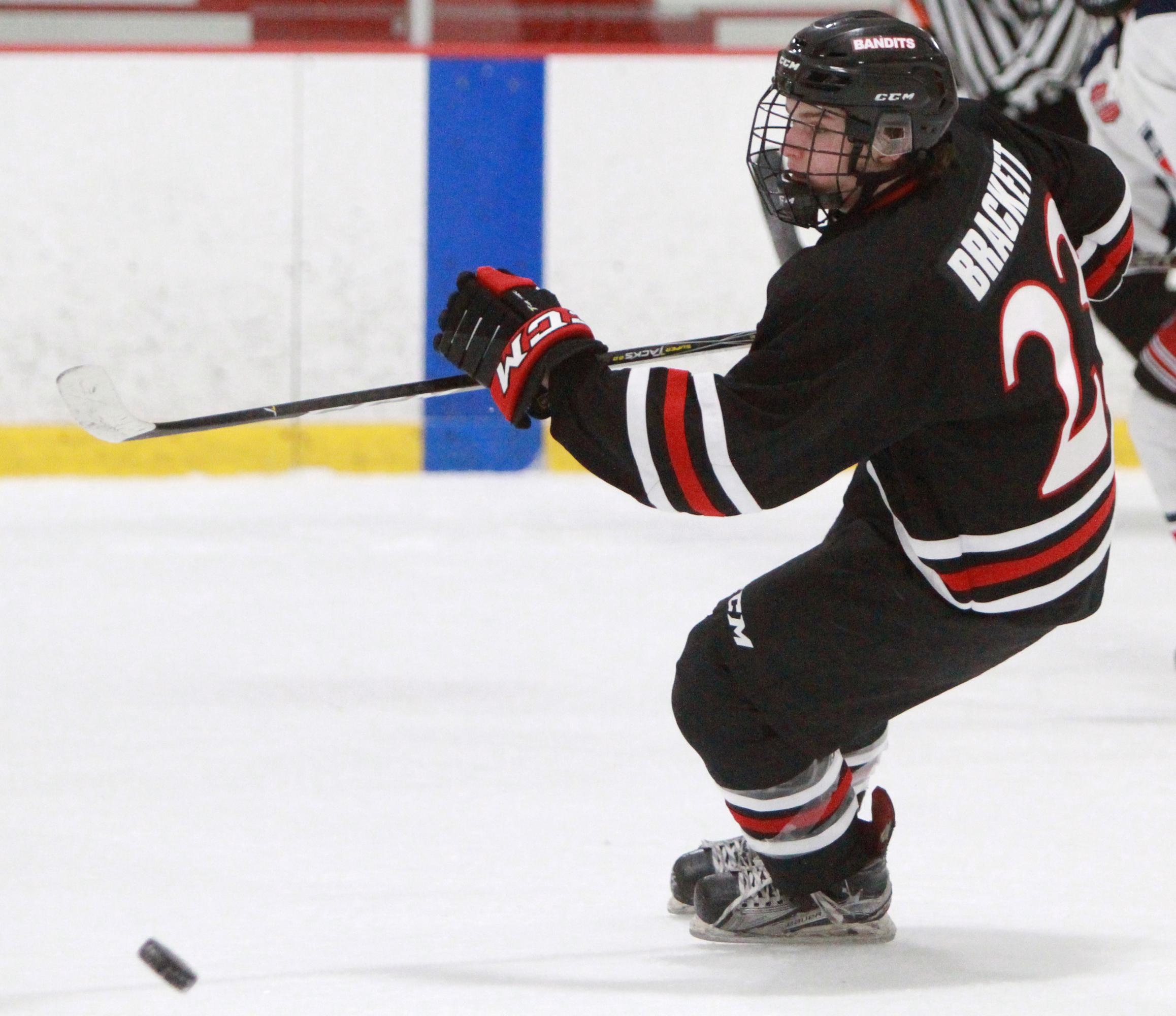 John Brackett, of the Boston Bandits NCDC team, was a 2017 NCDC Entry Draft pick. On April 24, he announced his committment to Rensselaer Polytechnic Institute for 2019-20. Photo by Joshua Boyd