Four year Northeast General and former Captain Joe Nagle has committed to play his NCAA hockey at the University of New Hampshire.

Nagle was sent to the New Jersey Titans at the trade deadline and recently played at the Top Prospects Showcase in Attleboro. He was sent to the Titans in order to get a look from Division 1 scouts in a different setting.

Upon trading Nagle, Head Coach and GM Bryan Erikson had this to say “Joe is the best kid. He works his butt off every day, he has been here for 4 years and has played under our youth umbrella (Lovell Hockey/Boston Advantage) for longer. We think D1 scouts might have a little fatigue on him seeing him play the same style with many of the same kids. Joe and I spoke at length and felt that maybe the best chance to get him a Division 1 deal was to let schools see him play in a different environment. It was a very emotional move for both us. But at the end of the day we always need to do what is best for the kid first and the team second. Joe is going to one of my closest friend in hockey, Craig Doremus, who I trust will help get a deal over the finish line. We wish Joe the best of success and thank him for his countless contributions to the Generals organization. We will miss him for sure.”

Upon talking to Joe about his commitment Erikson had this to say “We are so happy for Joe. We were confident it would get done but until it is actually done you never know if something could change. Craig’s efforts helping to sell him put it over the finish line for sure. We are just really happy that Joe will get to fulfill his dream of playing Division 1 hockey. UNH is getting a great player but better person!”

UNH plays in the prestigious Hockey East League and currently sits at 15-13-2. At UNH he will join former General teammate Kohei Sato who is in his Junior season. 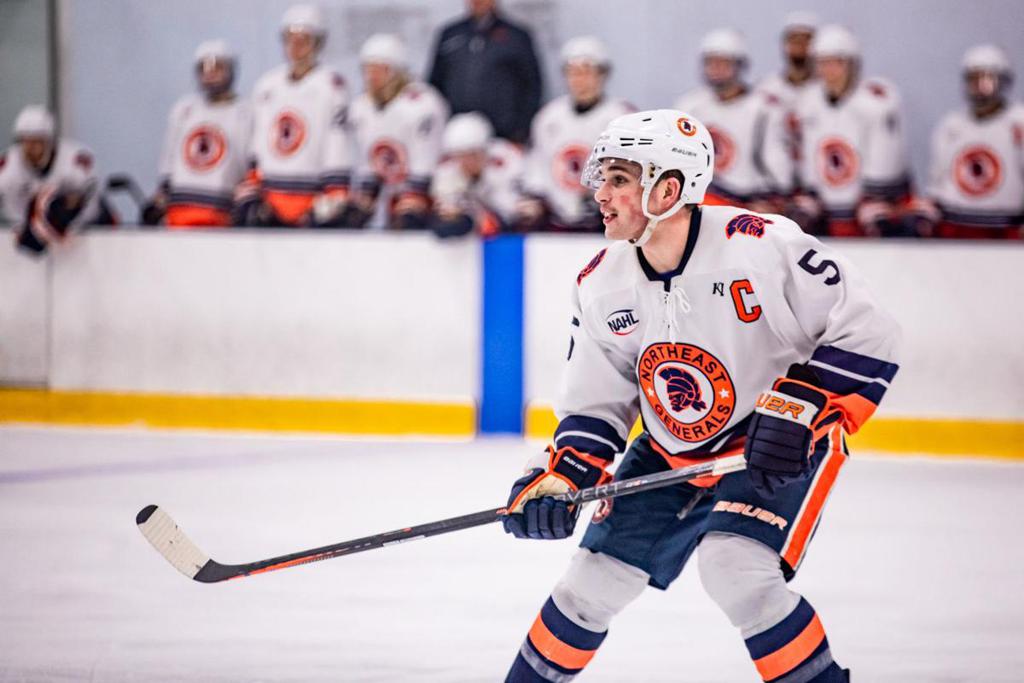