It may not have been the biggest point of the game, but when Jared Fisher (’00/Fort Wayne, Ind.) grabbed the second assist on the first goal of the third period against the Midwest Blackbirds on Feb. 16, it was a huge personal moment.

Fisher, who hit the 100-point plateau with the assist and surpassed it with a goal for number 101 later in the period gave much of the credit for the amazing accomplishment to others around him.

“I have great teammates to be honest, and a great coaching staff,” said Fisher, who scored 104 total points on the season. “I had a good summer with my advisor, Anthony Matarazo out of New Jersey, a trainer. I give that a lot of credit for my production this year.”

Fisher honed his craft on the east coast, playing a couple seasons with the Skipjacks Hockey Club 16U squad. That was followed by a season of U18 with the Jersey Shore Whalers and back to the U18 Skipjacks last season.

His numbers were good with these teams, but this season has by far been the biggest offensive season of his career.

“I think a big part of it was, I stayed really focused,” said Fisher. “My first year of 18 I really grew as a player. It’s tough to stand out on that [Skipjacks] team because everybody is so talented, it’s like you have four first lines.

“It was tough, but it really came down to trusting the process this summer,” said Fisher. “Paying attention to detail and you know, trusting that I could do something like that this season.”

That said, the expansion Fort Wayne Spacemen gave the young player a chance to have his biggest season right in his hometown in front of family and friends. Fisher said he was honestly skeptical at first, until he found out who was behind the program in Fort Wayne.

“I knew all of them and I was like, ‘this is a legit staff that can make this happen, so I hopped on when I knew for sure [Kaleigh] Schrock was going to be the coach,” said Fisher. “It’s been amazing being back here. It’s so nice. A lot of my friends have never seen me play before (since Bantam age) and the hometown fans, we draw a good crowd each game. Everybody is just so supportive. “It’s great to be back home, I will say that.” 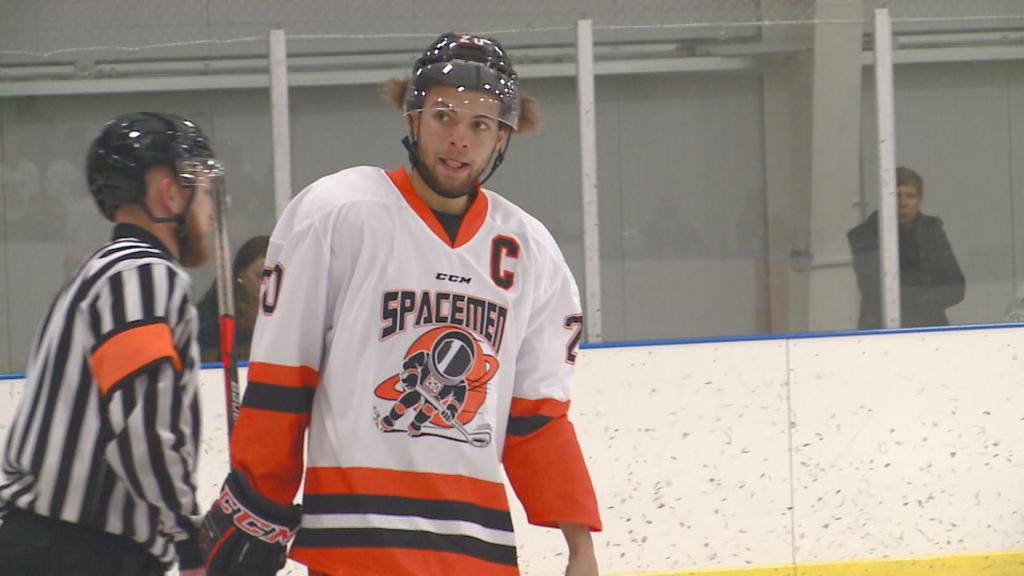