As the calendar has flipped to 2020 and the Metro Jets continue to be a dominant, model junior hockey organization not only in the Midwest, but across the country, let’s take a look back on the top 10 highlights from the decade gone by.

For the fourth time in franchise history, the Jets emerged as the last team standing, winning the 2018 national championship in a thrilling 3-2 overtime win over the St. Louis Jr. Blues in suburban Chicago.

Jhuwon Davis was the OT hero, knocking in a pass from Rhett Limback to give Metro the title on March 31, 2018.

The Jets have also won five straight division championships, won the 2018-19 regular-season title and have been to four straight national championship games.

During the 2016-17 regular season, the Jets rattled off an impressive 47-0-0 record with each win coming in regulation – no overtime or shootouts.

No other junior hockey team had ever fashioned an undefeated season and it’s likely that will never happen again.

After being named league MVP in 2017, Jets forward Louis Boudon advanced to the NAHL’s Northeast Generals, playing there the following two seasons.

For the 2019-20 season, Boudon is playing at NCAA Division I Lake Superior State, fitting in extremely well as a freshman in the always-competitive WCHA conference.

4. Cammick takes over reins from Wolfe

Prior to the 2015-16 season, Hal “Butch” Wolfe, the original owner of the Jets franchise from 1989, sold the club to Florida businessman Peter Cammick.

After Cammick took over, the Jets moved operations to Fraser Hockeyland.

As has become the norm for the Jets, the end of each season always sees numerous players move on to play NCAA Division III hockey and ACHA hockey.

In the past three years alone, nearly 50 players have advanced to college teams, with many others getting called up to the USHL and Tier II clubs across the country.

Brodie Thornton grew up playing in various programs at Fraser Hockeyland. He made the Jets team at the start of 2017-18 season, was on the 2018 national championship team, and is serving as team captain this season.

He is expected to announce his NCAA commitment in the coming weeks.

The past decade saw the Jets get more aggressive in signing import players.

dynamic forwards. Tellstrom is currently playing pro hockey back home. Last season, Fredrik Meurling (Sweden) was one of the top goalies in the USPHL and took the Jets to the national championship game.

This season Swedish defenseman Jesper Svadang is the lone import skating for the Jets. He has been named a USPHL Premier Midwest Defenseman Of The Month twice.

Steven Oleksy skated two seasons for the Jets from 2003-05 and after stints in Tier II, at Lake Superior State and in the minors, made his NHL debut for the Washington Capitals on March 5, 2013, becoming the first-ever Jets graduate to play in the NHL. He also won a Stanley Cup championship with the Pittsburgh Penguins in 2016.

Then on Jan. 17, 2017, goaltender Alex Nedeljkovic made his NHL debut with the Carolina Hurricanes. Nedeljkovic played for the Jets during the 2012-13 season and won a Calder Cup AHL championship last spring with the Charlotte Checkers.

The past two Octobers, the Jets have ventured to China to play in highly competitive international tournaments against national junior teams from various countries.

Both times, the Jets brought home the bronze medal, showcasing the fact that not only do the Jets have a foothold on junior hockey in the United States, but also on a global scale.

In addition, the team took in the sites, culture and historic landmarks in China.

Each season, the Jets play a series of promotional games at Fraser Hockeyland – a Pink In The Rink game for cancer awareness and a Heroes game to honor and recognize military, police officers, firefighters and first responders. Proceeds from each game have been donated to various local charities.

The players’ specialty jerseys for each game also get auctioned off with those proceeds going to those in need as well. 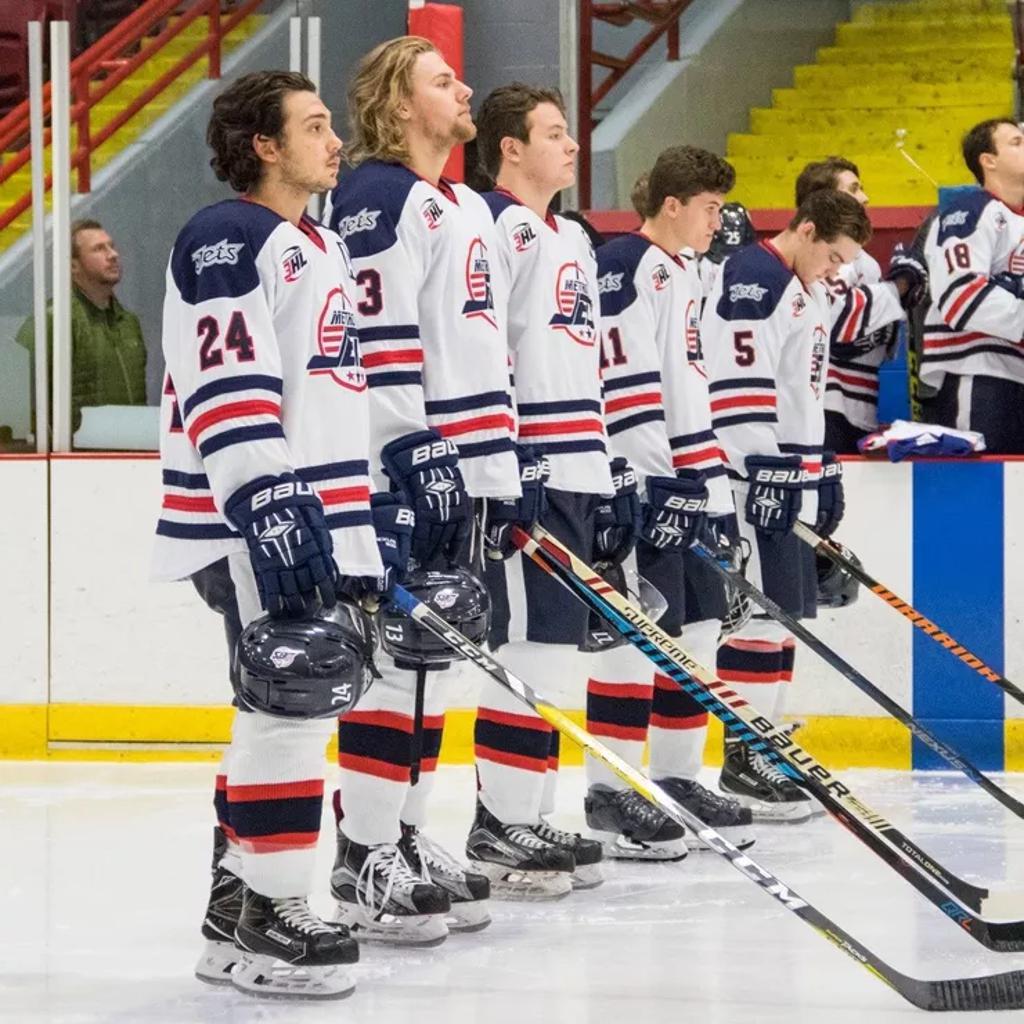