BOSTON, MA -- On June 1, Referees Crease had their first of eight Mini-Camps in preparation for the 2019-20 hockey season.

The camp was well attended with more than 60 participants, including veterans and officials who are just entering the next phase of their advancement to the junior and college ranks.

At Referees Crease, we realize that hockey is still growing at a rapid pace and the numbers of officials are still spiraling down and with more veterans leaving and new officials not staying more than a year or two. With that, our focus is now with the remaining pool.

The day started with an on-ice session on the three-and four-man officiating mechanics, followed by three hours of classroom work.

The classroom sessions are based on the small group activity method which encourages participants to use their past experience and share those with the rest of the participants.

We are in an era where we expect more from officials, and it is a far cry from years ago.

The problem we are now in is a situation where we are advancing officials at a faster rate, which means the learning curve is shorte. We are expecting professional results in a shorter time frame, and when mistakes are made the temperature in the games rise much faster.

These Mini-Camps are designed for the officials help keep the temperature low and for officials to work on the skill sets they will need to officiate the games with solid rules knowledge and the confidence to officiate at the higher levels.

The sessions also used 20-game situational videos. The topics for the classroom session included topics on player safety, communication with officiating team as well as coaches and players, and positioning.

A major discussion point was the use of video review throughout all levels of hockey, and how do we officiate in a game that every play is under scrutiny and now coaches challenge every call because of where the camera is angled.

Guest speaker Alfonso Batchagolupe stated “The eyes have it.”

We need to refocus on calling what we see and react to it rather than relying on a wait and see approach. If the team challenges a call made that can have a serious impact on the game. By getting it right, and the video proving it, your credibility automatically rises.

All the camps offered by Referees Crease are free. All you need is the drive to get better.

For those interested in attending the camps, please reach out to me at gene@refcrease.com or Geno Jr. at geno1477@yahoo.com.

Below is a listing of current camps. We do plan on adding them as we confirm dates and venues. You can find the dates on the Referees Crease website refereescrease.net or on the USA Junior Hockey Magazine (usajuniorhockey.com) officiating section, where you can also review the clip of the week and other information on how to become an official. 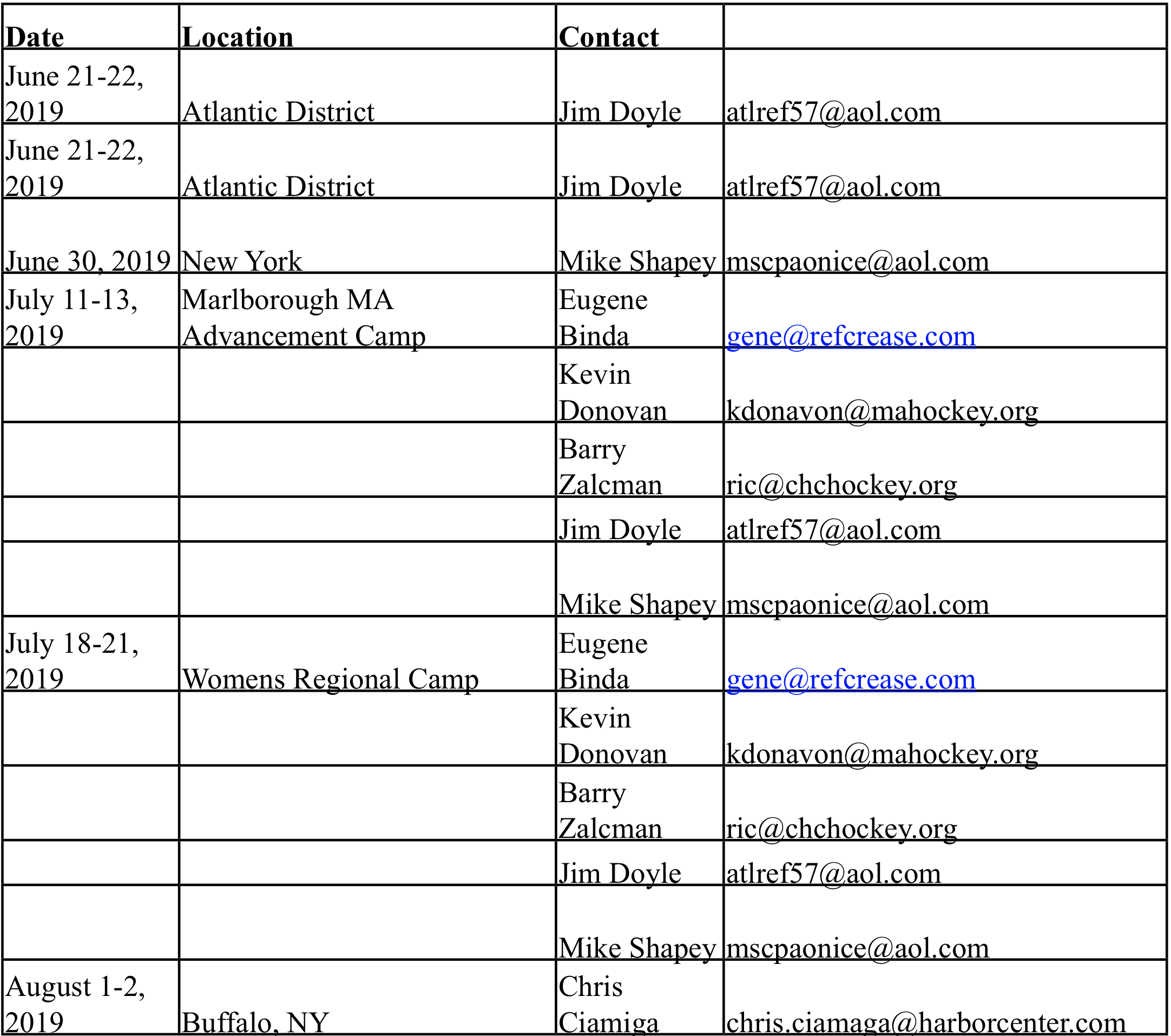