The simple approach that has turned the Richmond Generals into an advancement powerhouse and produced the organization’s first USPHL title.

That is not the case for the Richmond Generals. The organization has USPHL Premier and Elite teams and are one of the national leaders in player advancement from teams at that level. The Generals have moved 159 players on to college hockey and 112 players to higher levels of junior hockey over the last eight years.

“We take pride in the fact that we have become one of the premier junior organizations in the country,” said Head Coach R.C. Lyke. “We have been very fortunate to have a great owner, coaching staff, billet network, and staff that believe in what we do and are passionate about it.”

The Generals were established in 2011 with the mindset of becoming a player development powerhouse. They joined the USPHL with Premier and Elite teams in 2014-15 and the organization took off from there.

Joining the USPHL allowed the Generals to expand their brand and attract more players to Richmond. They’ve promoted the same philosophy from day one, “family first”.

“Our motto has always been ‘family first’ and the Generals’ program truly is all about family”, said Lyke. “We have developed a lot of top players, but more importantly, good young men who will be successful in life when they leave our program in whatever they choose to do. We really look for the players that fit our culture and what we do here, who want to be part of our family-like atmosphere, that have the following values: character, pride, integrity, excellent work ethic, and high compete level.”

Relationship building has been key for the Generals as they’ve built their organization into one of the top feeder programs in the nation. You can see how the various relationships have benefited the Generals and their players.

First you have the relationship between ownership and the coaching staff. Lyke credits the owners with fully supporting the efforts of the team by providing resources to recruit, train, and develop players that will be good fits in the Generals’ family. Not to mention, the team owns its own rink which allows access throughout the day for players to continue skill development.

Then you have the coach and player relationship. Lyke and his staff seek players that have those five values previously mentioned (character, pride, integrity, excellent work ethic, and high compete level). They’ve identified those characteristics as ones that produce the type of player, and person, the Generals move on to higher levels of hockey. The player is trusting the Generals coaches to help develop him as a hockey player and the coaches are trusting the player to work hard and buy-in to what they’re doing as an organization. Trust, respect, and hard work. That is how the Generals family is built.

The coaches also have to build relationships with next-level coaches and scouts. There are only so many opportunities for your players to be seen by Tier II, Tier I, and college coaches throughout the season. You cannot build an organization into a player advancement powerhouse by just relying on those few opportunities each season. Therefore, Lyke and his staff have cultivated relationships with coaches from around the country and works to get his guys looks at higher level programs. The Generals have affiliations with the NCDC’s New Jersey Hitmen, the NAHL’s Aberdeen Wings, and the CCHL’s Carleton Place Canadians, which helps build pipelines for player advancement.

“Exposure to college coaches and next level junior coaches comes directly from our coaching staff and our relationships with those next level coaches. We use our league to get players seen at our four showcase events we do, as well as having numerous next level scouts in our building to watch games during the season,” said Lyke. “We are in contact with next level coaches quite regularly talking about our players. We also have numerous coaches watching our games on Fast Hockey and many watch the video feed of our practices we provide too.”

The last relationship is one that often gets overlooked, but is an important recruiting and program-building tool, the relationship with the community. The easiest way to build a fan base is to win, but when winning slows down, it takes the team to connect with the community and encourage them to support the team. The Generals have been able to do both and build a solid fan base that helps create a fun atmosphere for the players to play in while they’re in Richmond.

“Our fans are great and create a fantastic game-night atmosphere for our players. They’re a big part of why we’re so successful,” said Lyke. “We averaged over 450 fans a night this season with several games topping 750 fans in attendance. Our support from our fans and the community is strong and only getting stronger.”

The Generals used that support to make a historic run this season in the USPHL Elite Division. The Generals Elite team was basically the top team in the USPHL Elite from start to finish, capping-off their season with a USPHL Championship in March, beating the Tampa Bay Juniors Hockey Club. It was the first championship of any kind for the Generals organization, bringing validation to the system the program has put in place since inception eight years ago.

“We have done so much with our program and have accomplished all these accolades and milestones, but we were lacking that championship and now we have it”, stated Lyke. “The Elite team was a special group and really bought in to our game plan from day one. They were the best team all season long and battled through any and every thing that was thrown at them during the year, prevailing every time. Most importantly they did it together as a team and everyone contributed all year long. They really bought in to the team-first mentality which became our strength.”

While a championship is not the ultimate measurable for the Generals, it is certainly a welcomed reward for all the hard work the players, both past and present, and coaches have put in over the years to help make the Generals a prestigious organization. And it truly has been a full-team effort to get to this point – one of the national leaders in player advancement and now a USPHL champion.

Championships nor player advancement don’t just happen by chance. It takes hard work, sacrifice, and investment from all parties. What the Generals offer rivals that of any Tier II program in the country.

Here’s a look at what the Generals offer their players at both the Elite and Premier levels. They have their own rink with two, private, pro-style locker rooms, one for each team. The program boasts a robust staff which includes a nutritionist, a power skating coach, three strength and conditioning coaches to handle off-ice training, a yoga instructor, a spin class instructor, a team chiropractor, massage therapist, and a physical therapist. The Generals have gym memberships for all players, hold video review sessions once a week, and multiple training sessions. They also make sure that the team is involved with the community, having the players work with youth hockey teams once a week and taking part in community relations activities four to five times a month.

The players’ schedules are full of physical and mental training and character-building exercises. This is how the Generals are able to develop the well-rounded young man and not just the hockey player. It is why teams come looking for Richmond Generals players more often than other programs. 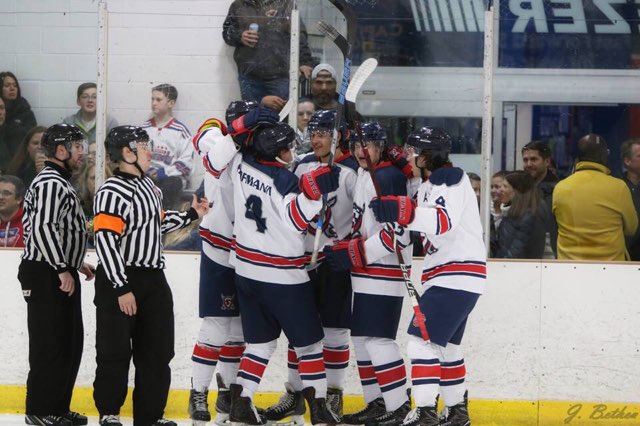 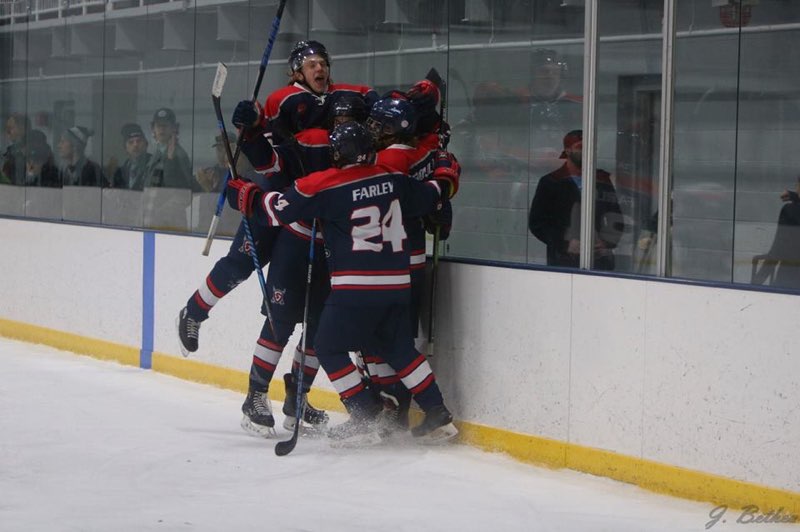 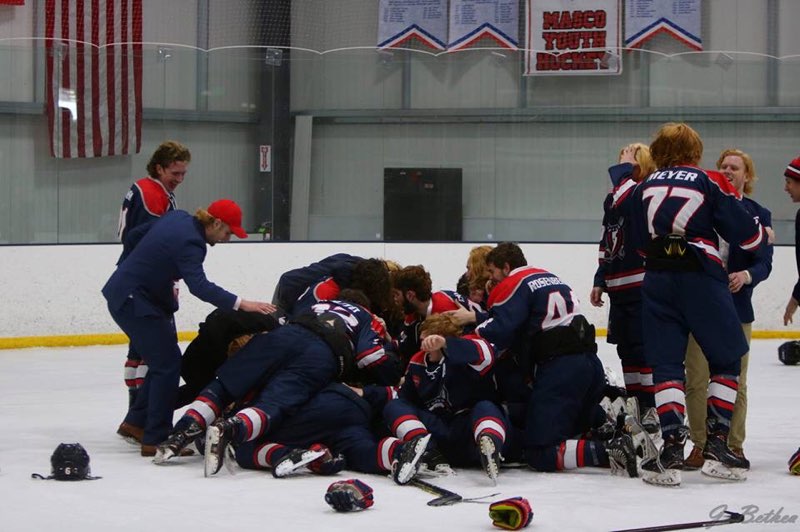 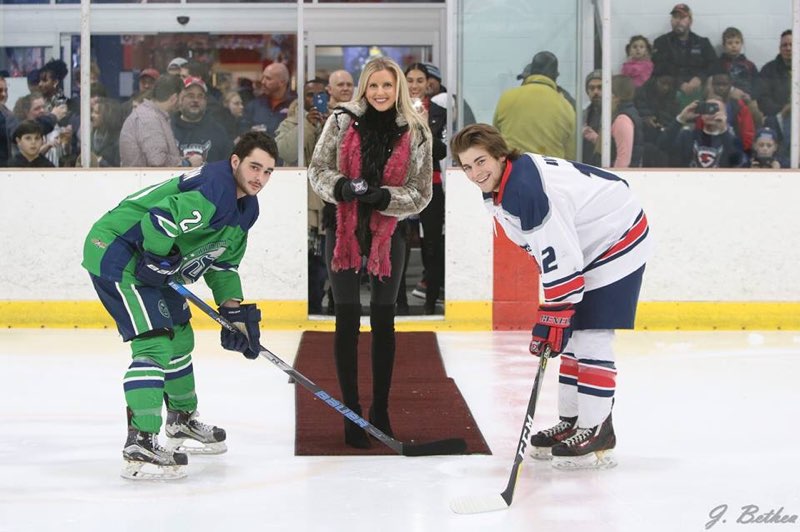 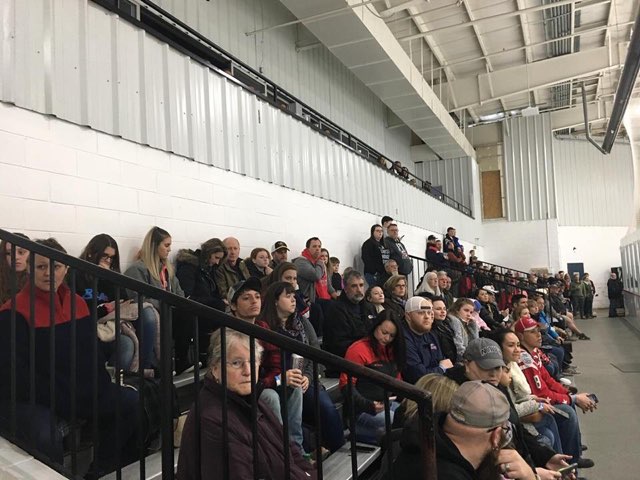 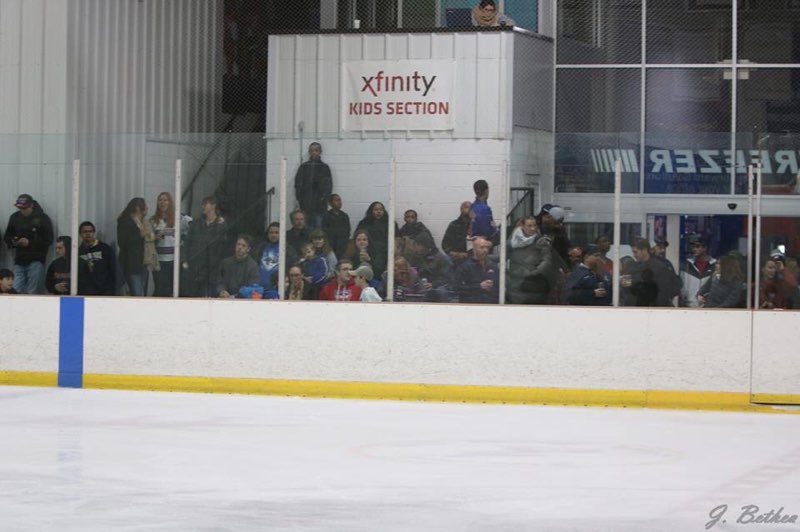 A typical schedule for the Generals includes: 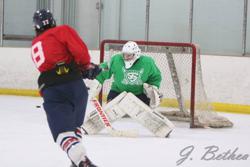 Tuesday Afternoon: Boxing classes every other week with coaching staff

Friday Morning: One hour and 20 minute practice for each team

Saturday and Sunday: Games for both teams

As you can see, the schedule is about as full as it can be. Every activity is designed to build the player each and every day. It is this program that has helped so many players move on to higher levels of hockey and use the sport they love to get a college degree.

Because the program is so intensive, Lyke and his staff look to get players into the Generals organization early. They recruit younger players for the Elite team, allow them to buy into the development program, then work them up through the Elite and Premier teams before sending them to Tier II programs or college. For Lyke, he wouldn’t have it any other way.

“That is why we can take so many young players and eventually send them on to Tier II or college hockey programs”, said Lyke. “They develop and progress in our system and get ready for that next level.”

The Generals have everything going for them right now. Over eight years of existence, they’ve had 159 players go to college and 112 players advance to higher-level junior programs. They just won their first USPHL championship of any kind. The Generals have proven to have a system, one that is supported both internally and externally, that produces results.

Most recently, a Generals alum made news by being named the USHL Rookie of the Year. Zac Jones, who played for the Generals 16U team before advancing his hockey career to the Tri-City Storm, just finished a 52-point season as a first-year defenseman in the USHL. Jones is committed to UMass, who just finished as the NCAA Tournament Runner-Ups, and is listed on the NHL Central Scouting report as a 4th-6th round pick.

For General Manager and Coach R.C. Lyke, he knows this is the kind of organization that he and the ownership team envisioned when the Generals were established in 2011 and nothing will change moving forward.

“We are going to continue to work to be a leader in college placement and junior advancement. We have built something special here with our reputation and results and we want to continue to build on what has made us successful - being a family-first program. We are going to remain a family-first organization that develops top-quality hockey players, but even higher-quality young men.” 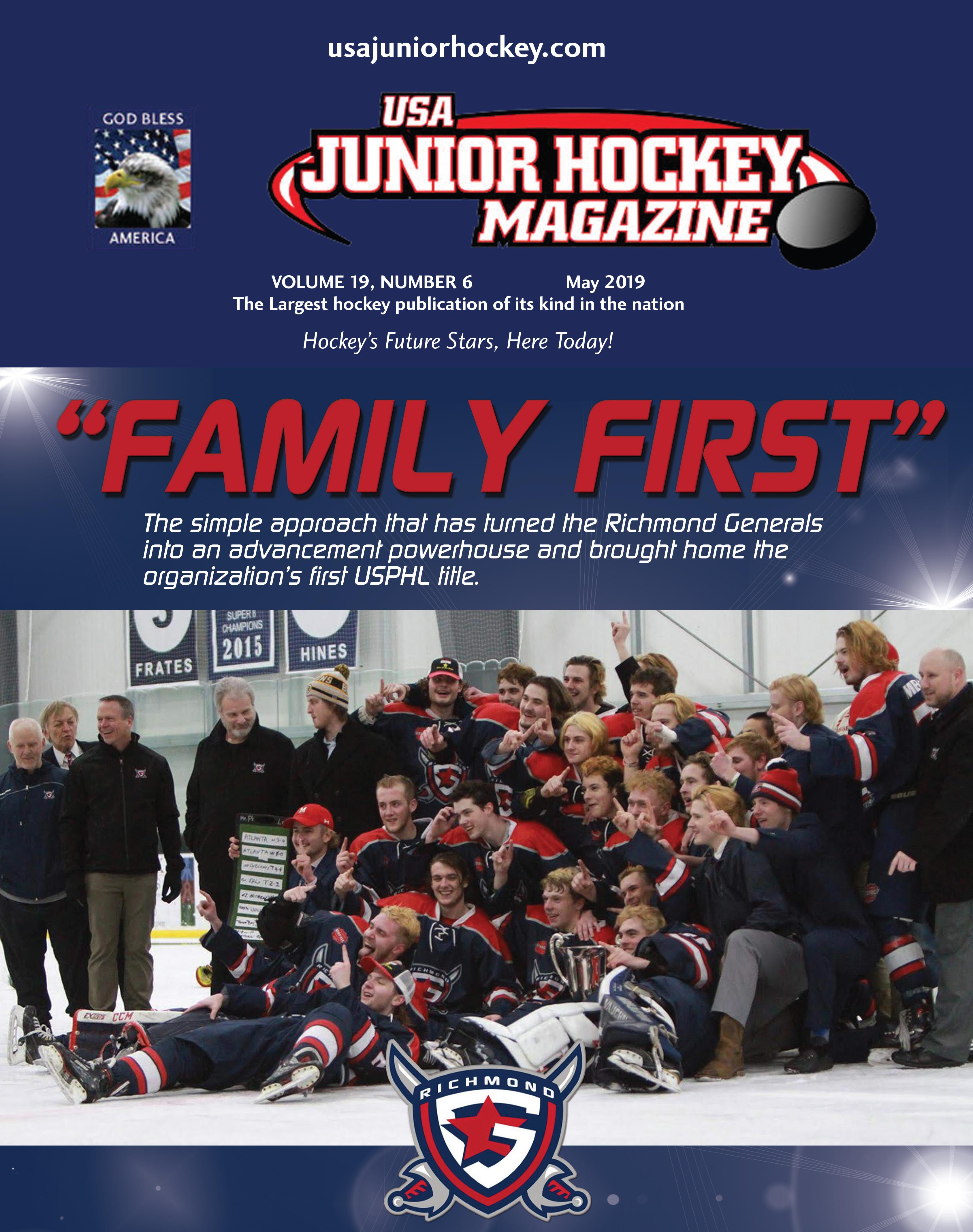