WARMINSTER, PA -- On the ice, the Philadelphia Revolution picked up five necessary wins in the month of February and now ready themselves for the EHL playoffs. Their opponent for the opening round of the EHL playoffs, which kicks-off during the second weekend of March, is rival Philadelphia Jr. Flyers.

The Revolution, by finishing second in the EHL South Division, achieved home ice in that opening round matchup so the Revs will play two of three games (if a third game is necessary) at Revolution Ice Gardens.

The three-headed attack of Samir Abouelhana, Jake Russo, and Justin Meers continue to produce for Philadelphia. Abouelhana is nearing the century mark in points for the year entering the playoffs with 29 goals and 64 assists in 44 games. After being right behind Abouelhana for much of the year, Russo fell off a bit and now has 70 points on the year. Meers, unfortunately, missed a chunk of time from the end of January to the third week of February. But he had 50 points prior to his time missed and did return for three games before the end of the regular season, helping him get his legs under him before the playoffs in March.

Away from the ice, the Revolution organization made a business move that could have major implications on what the Revolution can offer players in terms of upward movement in the future. The Revolution and the Revolution Ice Gardens were acquired by the Black Bear Sports Group at the end of February, bringing the Revolution under the same umbrella as the NAHL’s Maryland Black Bears and the USHL’s Youngstown Phantoms.

The Black Bear Sports Group has multiple hockey franchises under its umbrella, but now with the Revolution in the fold, they have Tier I, Tier II, and Tier III programs, providing opportunity for players of all levels to develop, move through the ranks, and ultimately become NCAA and NHL prospects.

“The new affiliation between Revolution Youth Elite Hockey and Black Bear Sports Group creates a unique opportunity for our players to climb the ladder of development through junior hockey into college and pro that no other club in the city can offer,” said Revolution GM Chris Kanaly to Business Wire. 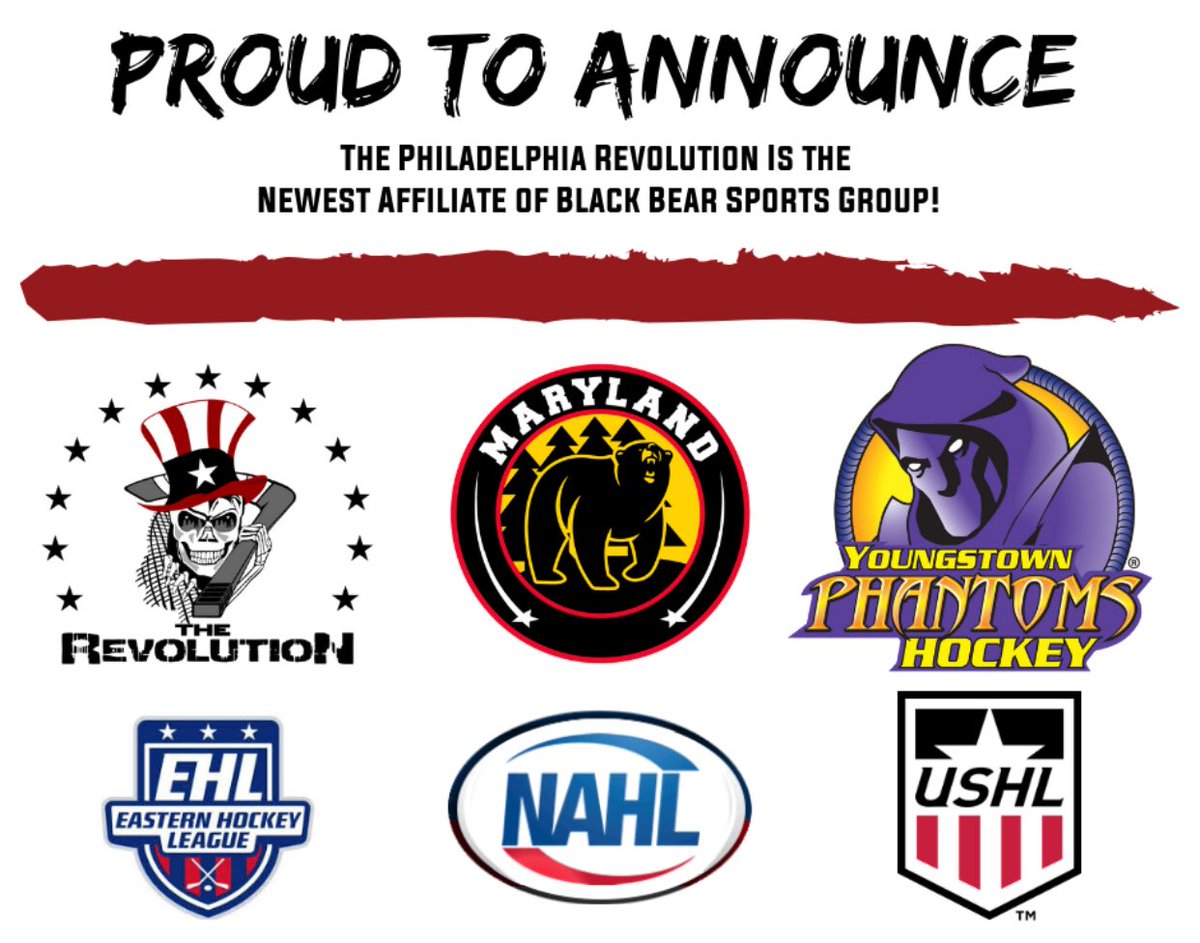